Things are starting to go wrong for coal and gas. A slump in commodities prices has taken the heat out of the market sparking mine closures and project delays. Now the information flow has turned decidedly negative. New reports into the science, the economics and the corrupt politics emerge daily and although the NSW government has its head in the sand, cracks are beginning to show.

Information concerning the level of the states finances has been shown to be incorrect by the Auditor General. The budget cutbacks to the government departments, CMA’s etc and the fast tracking of fossil fuel projects appear to be ideologically based rather than due to the dire warnings from Treasury. 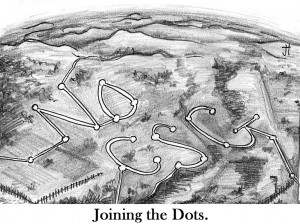 C inquiry and the earlier report into Coal Harms from the University of Sydney.

The Sydney Uni  report is still causing shockwaves in the Hunter Valley as Federal Politicians are coming out in favor of a Parliamentary Inquiry into the health impacts from coal.

On Tuesday the report by Prof John Williams entitled the Analysis of CSG Production and Natural Resource Management said that “it is clear that potential impacts on water resources are significant” and these impacts “require very careful attention, and merit being the focus of much public concern”.

On Wednesday the release of the fugitive and migratory emissions measurements by Southern Cross University in the Tara Estates in Queensland has found greenhouse gas emissions three times higher than nearby districts. According to researchers, the methane gas is “leaking up through the soil and bubbling up through rivers at an astonishing rate”.

The measurement of these emissions is important as the carbon price on such emissions could effectively shut down the industry.

Also on Wednesday, the “Beating around the Bush” report from the Australia Institute shows the impact of the mining boom on our agricultural Industries and our regional communities from a historically high Aussie Dollar.

The report shows that the impacts of the high exchange rate have slashed $43.5 billion from rural export income since the beginning of the mining boom and $14.9 billion in 2010 – 2011. This directly impacts regional Australia as the profits and the input dollars from rural industries stay in regional economies rather than flow to large corporate contractors and foreign owned share holders.

The Australia Institute report concludes that the mining boom has not been managed well.

Meanwhile in the big smoke, the ICAC enquiry heard that both Premiers Rees and Iemma were bought down by allegedly corrupt coal interests. The politics behind local projects in the North West are also murky and in response the current Planning Minister is running a hands off planning process whereby public servants are calling the shots.

All this is against a scenario described by the International Energy Agency’s 2012 Outlook released this month. The Outlook found that at least two thirds of known fossil fuel reserves must never be mined if the world is to avoid the 2 degree average warming that will trigger catastrophic runaway climate change.

Joining the dots is troubling indeed, yet, the findings are in. Our health, our environment, the climate, the economy and now our political party system are threatened by conflicted or corrupted state governments, sectional interests and their risky industries.

A week in review – the Northwest Alliance in NSW Parliament, speaks out on Land Use Plan fail Santos hits a snag at Mullaley meeting