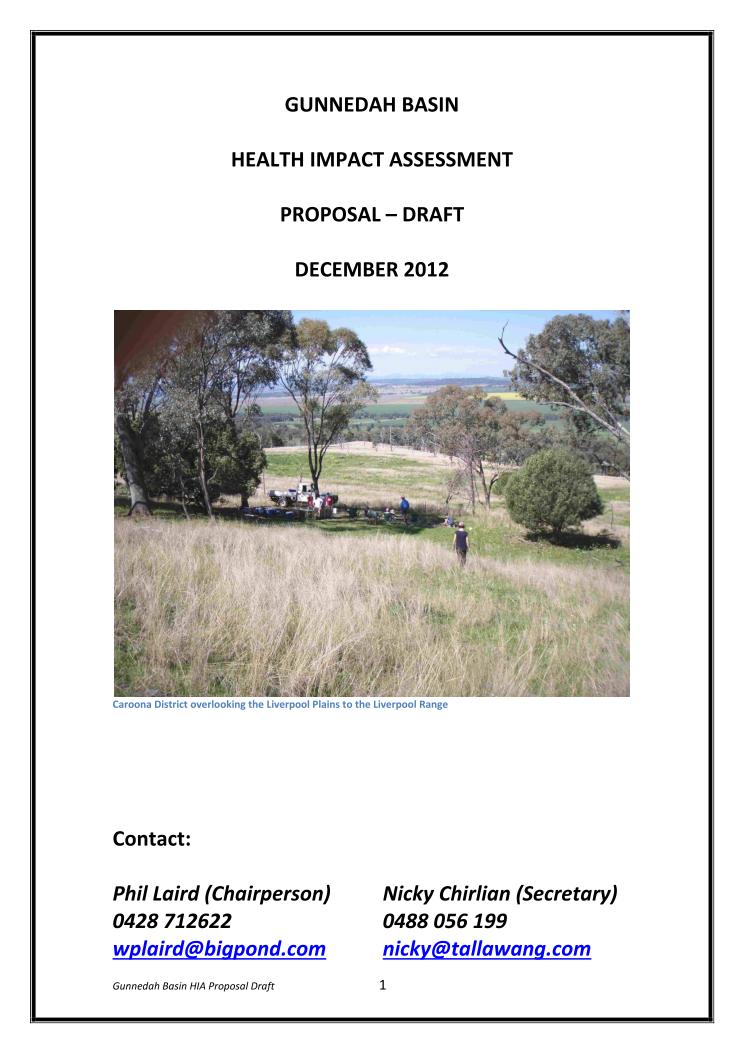 The Gunnedah Basin Health Impact Steering Committee, constituted of community groups and organisations in the Gunnedah Basin, has been charged with commissioning a study of the health and welfare risks of mining and gas extraction in that basin.

The purpose of this proposed study is to analyse the health and welfare risks associated with various mining and gas extraction scenarios for the Gunnedah Basin, and to consider potential strategies for the avoidance, minimisation and management of these risks.   The study should: