There are three open-cut coal mine developments and expansions currently planned for Leard State Forest and adjoining farmland.  Current mines have open-cut close to 1,000 hectares and existing proposals would see this area increased to at least 5,000ha.

The proposed developments include:

These new mines and expansions will increase coal production fivefold to 23 million tonnes per annum.  The map below shows the distribution of mining leases, which cover almost the entire area of Leard State Forest and large areas of surround farmland.   So the current proposals are not the complete story – there are still large areas where the mines are likely to expand even further in the future.  The Goonbri Coal Project has also been mooted for an area east of the forest.  However, the full cumulative impacts of all the possible mines has not been considered, quantified or assessed.  The development assessment process is piecemeal and incremental. 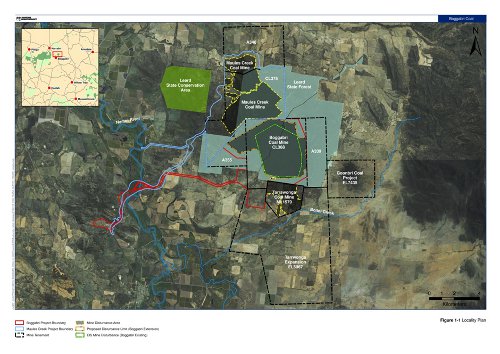 And it is not just Leard State Forest and Maules Ck that are under threat.  This is just the tip of the iceberg for the Narrabri area – there are coal exploration leases all the way from Narrabri to Gunnedah and the full cumulative impacts of future mining are still unquantified. 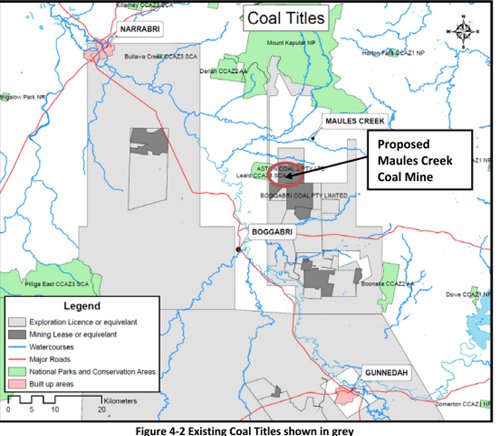