Most of the economic benefits of the proposed mines will accrue to overseas shareholders, while the costs will be borne by local communities.  Australia wide, 83% of mining profits accrue to foreign investors.  The Boggabri Coal Project is 100% foreign-owned and a substantial proportion of the Whitehaven/Aston Resources merger is also foreign-owned.  The Maules Ck Coal project has effectively had to admit to over-estimating economic benefits by $3billion because it incorrectly included profits to overseas shareholders in the benefits to Australia.

The economic modelling conducted by the proponents did not even go close to properly quantifying the costs to local and regional communities.  It ignored the external costs of greenhouse gases and climate change and did not assess the costs to agriculture and tourism of the crowding out of the non-mining economy and a high Australian dollar.  Other local industries, especially farming, find it very hard to compete with mining for labour.  Despite the rhetoric by Australian governments, there is no ‘balance’ being achieved between the rampaging mining boom and other industries. 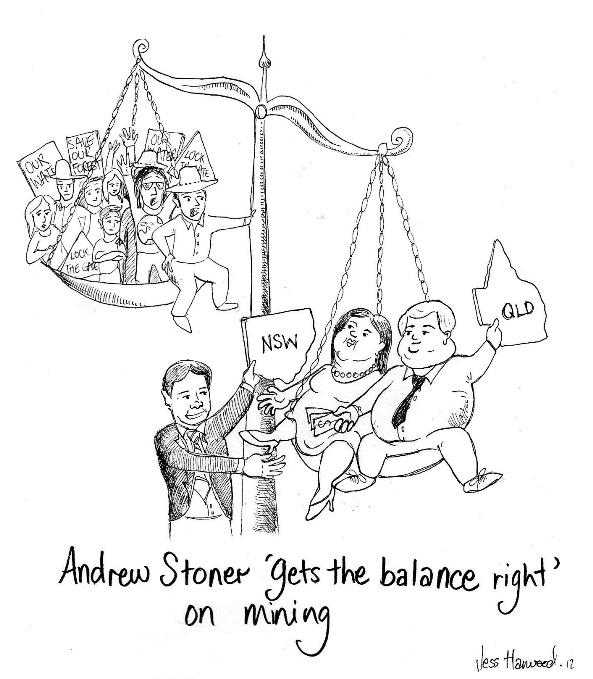 The projects are not needed for local employment and will be heavily staffed by drive in/drive out and fly in/fly out workers from far afield.  Large mining camps to house these workers are planned for Narrabri and Boggabri.  This type of workforce completely changes communities, from family-oriented ones to communities dominated by young men.  Underground mining, which could produce economic outcomes without major health, social and environmental impacts associated with open-cut mining, has been ruled out because it is not sufficiently ‘profitable’.